Rick is joined by one of the new stars in the NBA this week.

Trae Young, the top draft pick of the Atlanta Hawks has been everything Hawks and NBA had hoped he would be as the NBA season is just about three weeks old. He’s also looking for specifics when he’s in the market for a new watch. So a partnership with Tissot was something he had his eye on, even before the NBA Draft. So much so, that Young spent the better part of Sunday afternoon shopping in front of media and greeting fans in the Tissot area of Dillard’s at Perimeter Mall.

Rick was able to join him for a bit of holiday watch shopping.

Tissot offers distinguished and accessible Swiss watches using special materials, advanced functionality and meticulous design detail to create precise and stylish pieces. As it continues to create pioneering creations, Tissot stands by its signature, “Innovators by Tradition.” In addition to other designations, Tissot is the Official Timekeeper and Watch of the NBA at us.tissotshop.com. Take a look at the Tissot watches and their prices. They are affordable and make great holiday gifts.

“We are so proud to welcome these teams and athletes into our sports family,” added François Thiébaud, President of Tissot. “Our partnership with the NBA has been very successful for us since its inception in 2015, helping to increase our brand awareness amongst NBA fans in the U.S., and we know these new alliances will continue to raise Tissot’s profile around the world.”

As you can see, Tissot is heavily vested in the NBA.

In addition to the new team partnership deals, which will showcase Tissot as part of team marketing plans, in-arena creative and digital support, Tissot will continue to be the leading presenter of all NBA Buzzer Beaters, designated when a player sinks a winning basket with 0.00 seconds left on the Tissot Shot Clock. Showcased on NBA social media channels, the program highlights Tissot’s painstakingly accurate timekeeping.

I’m sure Trae will be hitting a few “Buzzer Beaters” this year.

New this year, Tissot and the NBA will offer fans exclusive benefits throughout the season via NBA social media channels and on NBAstore.com.

Have a listen to Rick and Trae talk watches, basketball and holiday shopping! 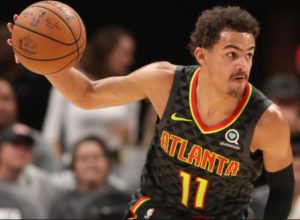 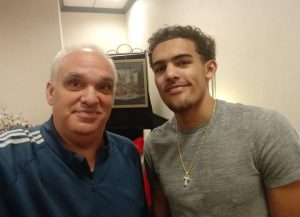 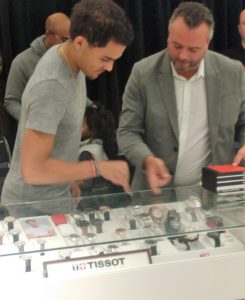 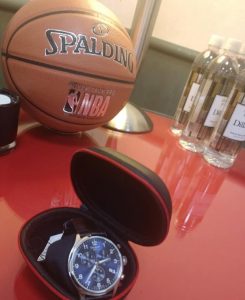