A “Throwback Thursday” for the ages as Rick is joined by one of his former tennis doubles partners, Jim Rossini.

Jim, an accomplished tennis player, grew up with Rick in Racine, Wisc. is currently CEO of Workforce Engineering Solutions in the Chicago area.

Rick and Jim talk about tennis and growing up in Wisconsin. They dig deep into tennis technology and the state of the game.

Fun discussion and great catching up with Jim. 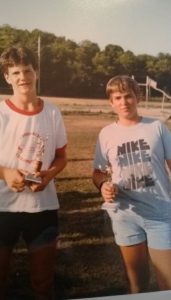 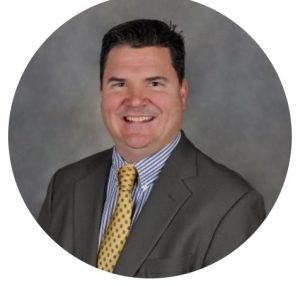 Rick is joined by Alain Cohen, CEO of NeuroTennis to talk about their new tennis tech product.

Features and benefits of NeuroTennis include:

Two player or solo mode – NeuroTennis is most typically used in a two-player mode, meaning that the sensors in each device communicate with each other, across the court.

NeuroTennnis App – The feature-rich app allows you to select lessons and drills from an extensive library designed by world-class coaches, including Mats Wilander. Taking it to the next level, you or your coach can easily customize content to specifically address your goals. Available for iPhone and Android.

Game Modifying Technology – While other wearable tennis products just measure physical results, like speed and spin, NeuroTennis is about ingraining better habits and accessing your tennis skills consistently so you can raise your game while you practice. Training at higher levels leads to playing at higher levels. 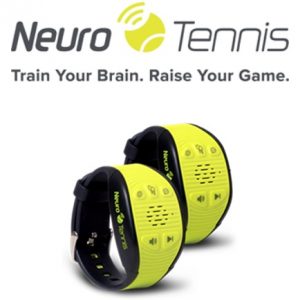 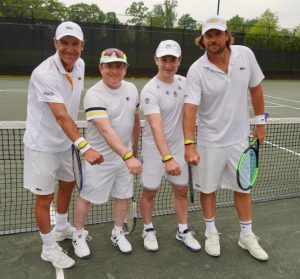 Rick is joined by longtime tennis teaching professional and organizer, Rich Neher this week on “Tech of Sports.”

Tennis Pros hurting during Covid-19 can develop a second income stream thanks to his new book, “Drop-In Tennis Secrets.”

Neher talks the publication of his new tennis book “Drop-In Tennis Secrets,” which is now available as a paperback and in a Kindle version. He set out to find an answer to the question, “Can you make money in tennis when your name is not Roger or Rafa?” The answer is, yes! Drop-In Tennis Secrets is a handy guide for those seeking to organize tennis matches for local players and make some money in the process. Neher says, “This manual is suitable for tennis professionals that want to add a second income stream to their regular business, and for entrepreneurial tennis players who want to start a business in the sport they love.”

All the steps for starting and conducting a successful drop-in tennis business are covered. All aspects of a new tennis business, from start to finish, with plenty of tips and best practices, are presented in an easy-to-read, clear, and precise style, including Neher’s “Secret Sauces” to keep players coming to your group week after week.

Delaine Mast, National Director for World TeamTennis Community Leages, writes, “As I read your book, it reinforced for me how there is no replacement for experience. Your vast experience and passion for tennis, and people have made you successful and uniquely qualified to help others. I hope that others will read this booklet and realize it can help them create their own success story!”

Rich Neher is a tennis writer and publisher of a monthly newsletter titled TENNIS CLUB BUSINESS. Rich has organized and personally conducted thousands of drop-in tennis events in Southern California since 1998.

Equipped with a German engineering degree, Rich emigrated to the United States in 1985. After 5 years in Philadelphia, he moved to Southern California where he pursued his passion for tennis; he started to play tennis, and learned the business of tennis. Rich was a Board member of the San Diego District Tennis Association and received the Community Tennis Award from the USPTA San Diego division. It was in 1994, at the Bobby Riggs Tennis Club in Encinitas, California, when Rich began organizing drop-in Tennis events for local, recreational players.

As Team Lead for Adult Leagues and NTRP Ratings on the USTA Tennislink Team, he taught the ins and outs of league tennis to coordinators in all 17 USTA sections. In 2008 he moved from San Diego to the Los Angeles area and in 2009 he started his consulting business, TENNIS MEDIA GROUP, and became a tennis sports writer for Inside Tennis and the Examiner Group. Rich began publishing TENNIS CLUB BUSINESS in January of 2014.

He is the recipient of the 2003 Community Service Award from the USPTA San Diego Division and of the 2019 PTR Media Excellence  Award.
In 2020, after creating and organizing almost 3,000 drop-in tennis round robins, he wrote and published the booklet “Drop-In Tennis Secrets – a manual for creating a second income stream with tennis.” 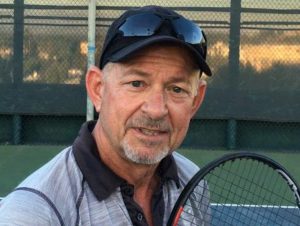 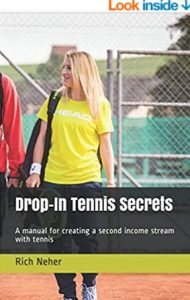 Rick is joined by his friend, Rodrigo Almeida this week on “Tech of Sports.”

Rodrigo is an assistant tennis coach and the Tennis Health Program Coordinator at the University of North Texas.

One of the top young coaches in the nation who is widely respected for player development, Almeida helped lead the Campbell men’s team to the 2018 Big South Conference championship. He spent a season at UTEP with the women’s team and helped develop freshman Kristen Prelle into an all-conference No. 1 player in the Miners lineup and one of the league’s top players overall.

Almeida talks about tennis fitness, college tennis and answers Rick’s questions about the online fitness industry as quarantine is still a thing in many parts of the country.

Almeida was a standout player for Western New Mexico from 2010-14. On two occasions he was named the Rocky Mountain Athletic Conference Player of the Year. He climbed as high as 26th in the ITA’s NCAA DII rankings, and was also the top-rated player in the central region as a senior.

Upon the conclusion of his playing career, Almeida served as a student assistant coach for both the men’s and women’s teams at WNMU. Both teams advanced to the RMAC Championships. Additionally the men’s team secured a ranking of 27th.

Almeida served as an instructor and group chaperone for 15 nationally-ranked American juniors who toured and played in cities like Amsterdam, Prague, Barcelona and Paris. He then went on to serve as a tennis professional for Cliff Drysdale Tennis, instructing individuals with skill levels ranging from beginners to semi-professionals. Following his time Cliff Drysdale Tennis, Almeida accepted the position at Campbell. 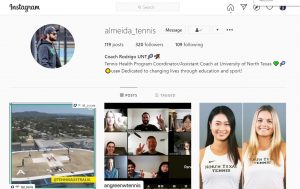 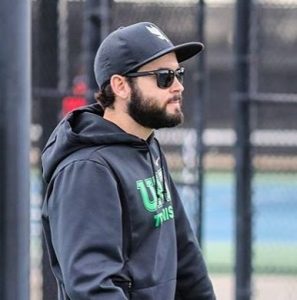 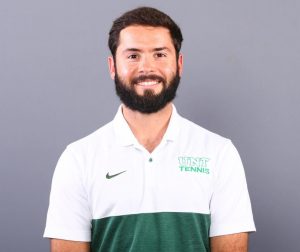 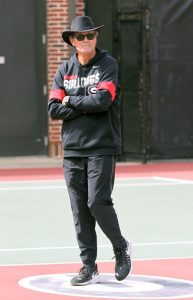 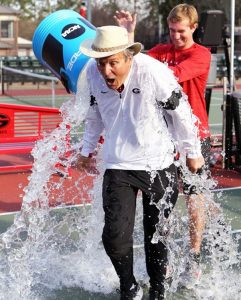 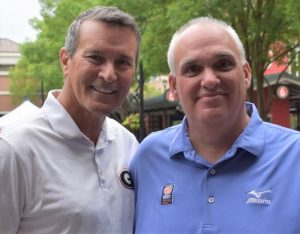 A second “Tech of Sports” this week and Rick is joined by friend and co-author of The Invaluable Experience and WTA player, Danielle Lao.

Danielle, like Rick has been grounded with the COVID-19 situation and we find out what she is doing to stay in shape for a return to tennis.

They talk hobbies, what will Danielle do when tennis returns and as Danielle stays close to college tennis, what the abrupt ending to the NCAA college season would’ve meant to her.

Rick and Danielle chat for about 15 minutes. Enjoy this episode. 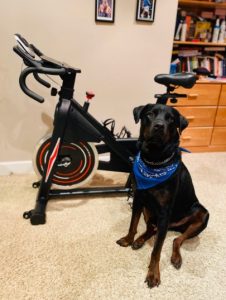 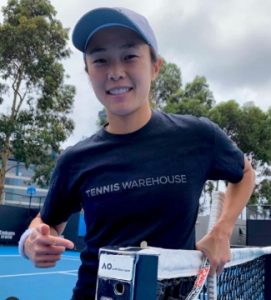 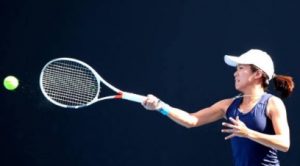