Rick is joined by a great guest this week. Georgia State men’s tennis fifth-year senior Andrei Duarte, who was awarded a main draw doubles wild card for the 2022 Atlanta Open as announced by the professional men’s tennis tournament and tournament director Eddie Gonzalez. Duarte will pair with Alvaro Regalado of Columbus State to compete in the ATP 250 Tour event against a pair of ATP Tour Pros on July 26.

He also talks to Rick about his compelling story and more.

Duarte joins former Panthers men’s tennis player Zack Kennedy as the latest GSU tennis standout to compete at the US Open Series tournament in Atlanta. Kennedy received a doubles draw to the Atlanta Open in 2016 and secured a win in the first round over tennis pros Yoshihito Nishioka and Thiago Monteiro.

Duarte prepares to make his professional tournament debut at this year’s Atlanta Open having closed his tenure with the Panthers in 2022 as the school’s all-time leader in wins. Duarte’s five-year career at GSU was capped off with a historic season that saw the fifth-year help lead GSU to Sun Belt Conference Regular Season and Tournament Championships as well as an automatic bid to the NCAA Tournament. 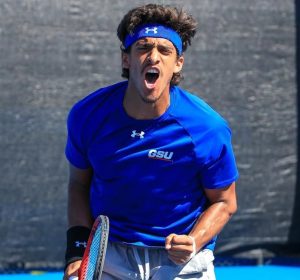 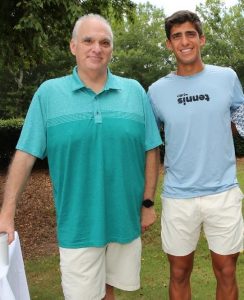