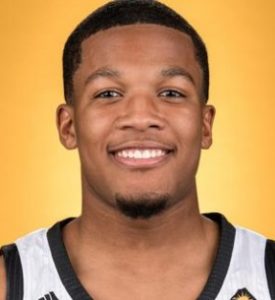 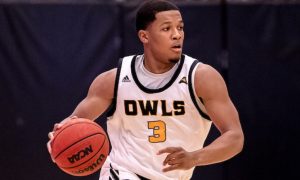 Rick is joined by Mark DiMassimo of DiGo this week.

How can companies use advertising during March Madness to ensure desired behavior changes are met among consumers?

A fun and informative talk. Mark and Rick get you ready for what you may see along with the blocks, dunks and buzzer beaters. 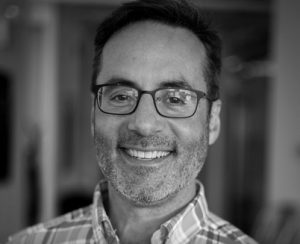 Rick is joined by Paul Shirley this week as he has a new book!

The Process is the Product.

Here’s the lesson Paul Shirley has learned: it doesn’t matter if it’s professional sports, writing, public speaking, engineering, or acting—there will never be enough money, fame, or success to justify all the work if you can’t enjoy the work itself. You have to fall in love with the process.

In The Process Is The Product, Paul shares the stories of failure and rebirth that have taught him this lesson with one goal in mind: helping you fall in love with your process so you can find meaning, finish projects, and accomplish the goals you set for yourself.

Featuring plenty of humor, humility, and outside sources, this is a book designed to equip readers with the tools to break big projects into smaller tasks while learning to love the work along the way.

Shirley talks his current book, his past book and some of the surprising early season success of the 2021-22 Iowa State Men’s Basketball Team. They are enjoying the “process.”

Shirley played for 17 professional basketball teams in a nine-year career, including stops in Spain, Greece, Russia, and with three teams in the NBA. He’s the author of two works of nonfiction: Can I Keep My Jersey? and Stories I Tell On Dates. 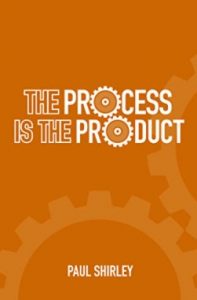 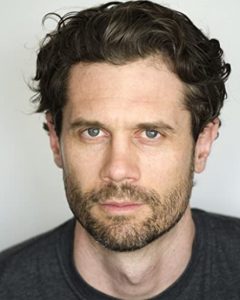 Rick has the pleasure of talking to one of the classiest guys in basketball for this “Tech of Sports.”

With the men’s DII and DIII championships also to be crowned in Atlanta this April, Lynch hopes his squad will be a part of the action. Lynch is in his second year as head coach of the Clark Atlanta University Panthers men’s basketball team.

Lynch’s squad finished 14-12 in 2018-19, 10-7 in Southern Intercollegiate Athletic Conference play. The Panthers ranked in the top half of the SIAC in scoring offense, scoring defense, offensive and defensive rebounding, and scoring margin, and were third in turnover margin, assists-to-turnover ratio. They finished second in 3-point field goals made and free throw percentage.

Lynch spent 12 years in the NBA after being a first-round draft pick by the Los Angeles Lakers in 1993. A defensive force, Lynch also was the first rookie since Magic Johnson to score 30 points in a game. He played for four NBA teams during his career (L.A. Lakers, Vancouver Grizzlies, Philadelphia 76ers, and the New Orleans Hornets), playing the NBA Finals with the Philadelphia 76ers in 2001. He was also a second-team All-NBA defensive player that year.

After his playing career, Lynch worked with Southern Methodist University in player training and development and ran a non-profit youth basketball organization in the Dallas area. In 2010, he joined the University of California-Irvine, first as an assistant athletic director for Community Relations and then as a strength coach for the men’s and women’s basketball programs. He served in the same capacity at SMU from 2012 to 2015 before becoming the school’s player development coach in 2015. He has been assistant coach with the Grand Rapid Drive of the NBA’s “G” League since 2017.

Lynch, a graduate of the University of North Carolina, helped lead the Tar Heels to the 1993 Atlantic Coast Conference championship, along with the NCAA National Championship where he was the Most Valuable Player of the NCAA East Regional. Lynch, a four-year letterman, was captain of the 1993 team, was on the NCAA’s All-Tournament team. 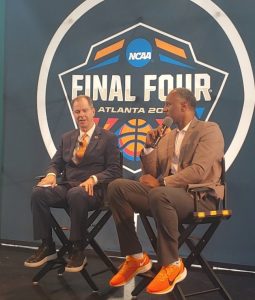 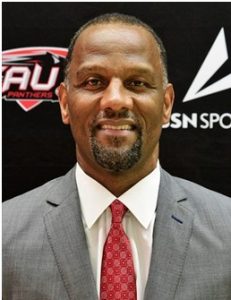 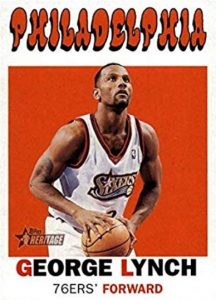 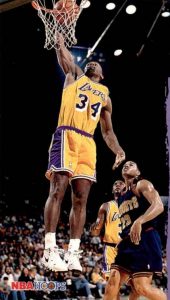