Rick is joined by one of the most innovative minds in sports, Joshua Jacobs.

Jacobs is the CEO and founder of TGA Premier Sports.

Founded in 2003 and driven by an innovative curriculum that combines golf skills development with STEAM education modules and life lessons, TGA has had over 750,000 youth go through its golf programs and is on-pace to enroll its ONE-MILLIONTH student in youth sports programs by 2020. In schools and communities all across the country, TGA is driving growth in golf participation in powerful and sustainable ways.

Jacobs has made tremendous inroads, founding TGA Premier Junior Golf in 2003. Joshua was named by Golf Magazine and Sports Illustrated in 2010 as one of the Top 40 most influential people in golf under 40 and in 2013 was recognized as one of golf’s “Innovators” by Golf Inc. Joshua created the first scalable business model for school based golf programs in 2003 in the Los Angeles area and franchised the youth development and business concept in 2006. In 2010, he created the TGA Sports Foundation, dedicated to Developing Youth through Athletics. In 2011, Joshua orchestrated TGA’s horizontal move into the tennis industry by franchising TGA’s school based business model and facilitating a National Partnership with the United States Tennis Association (USTA) in the same year.

In addition to TGA, Joshua co-founded a social golf network called GLinks and has been serving his community since 9th grade coaching youth sports programs in Los Angeles and Atlanta. He currently serves on the PGA Golf 2.0’s National Building Blocks Committee, TGA Sports Foundation’s Board of Directors, the Southern California PGA’s Foundation Advisory Committee and the Southern California PGA’s Growth of the Game Committee.

Joshua Graduated from Emory University with a degree in Economics and Business and a minor in History. His passion for golf began at three years old and tennis at six. From those early years, Joshua’s love and respect for sports continues to drive him to break down barriers and open doors for all students ages 3-13 to have the opportunity to learn golf and tennis.

Jacobs is never short on opinions, especially when it comes to tennis. He discusses some of them with Rick! 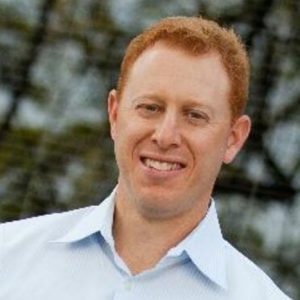 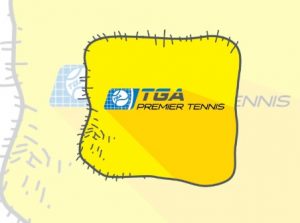