Caught up with PGA Tour golfer, Tommy Fleetwood, this week at the Tour Championship at East Lake. Fleetwood was among the 30 golfers that qualified for East Lake this year. He was also serving as one of the judges for the FedEx Junior Business Challenge this week in Atlanta.

This week, Junior Achievement students from across the United States competed in the finals of the FedEx Junior Business Challenge held at the tournament’s host site, East Lake Golf Club in Atlanta. The three JA student companies that participated in the finals secured their spots by winning each of their individual qualifying events, which were hosted at PGA TOUR tournaments throughout the summer. At the event, the JA student companies pitched original business ideas, with Our Story from JA of the Chisholm Trail being selected as the winner and recipient of a $75,000 donation from FedEx to their JA chapter. Our Story is a motivational journal company for teens that helps to reduce anxiety and stress.

Fleetwood was impressed by the high school students and their products.

The judging panel evaluated each company’s ability to deliver a compelling pitch, create a succinct visual presentation and connect their business concept to innovation, sustainability, job creation or the trade industry.

In August 2013, Fleetwood won his maiden title on the European Tour at the Johnnie Walker Championship at Gleneagles. He won in a three-man sudden death playoff, after a birdie on the first extra hole to see off Stephen Gallacher and Ricardo González.

In May 2015, Fleetwood scored an albatross on the par-5 4th hole at the Wentworth Club during the second round of the BMW PGA Championship.

2017 was Fleetwood’s most successful year to date. In January he won his second European Tour event, the Abu Dhabi HSBC Golf Championship, by one stroke over Dustin Johnson and Pablo Larrazábal after a final round 67. In March, Fleetwood was runner-up in the WGC-Mexico Championship, a shot behind Johnson. In April, he lost in a sudden-death playoff at the Shenzhen International to Bernd Wiesberger, at the first extra hole. Fleetwood had come from eight strokes behind on the final day with a stunning round of 63 to set the clubhouse lead. In the playoff, Fleetwood found the green in two, but Wiesberger from trouble fired an approach to within five feet and holed the birdie putt for the victory. In June, Fleetwood finished fourth in the U.S. Open, while in July, he won the Open de France, beating Peter Uihlein by a stroke, after a bogey-free final round 66. He moved from 99th in the World Rankings at the start of the year into the world top-20. In November 2017, Fleetwood won the European Tour season-long Race to Dubai and won $1,250,000 from the bonus pool.

Fleetwood made a successful start to 2018, winning the Abu Dhabi HSBC Championship by two strokes from Ross Fisher. He had a final round of 65, with six birdies in the last nine holes.

He is the sixth golfer to shoot a 63 in U.S. Open history, tying the championship’s single round scoring record. He did this in the fourth round of the 2018 U.S. Open on 17 June at the Shinnecock Hills Golf Club in Southampton, New York. He finished one stroke behind the winner Brooks Koepka.

Tommy was a delight to talk to and best of luck to him this week in Atlanta. 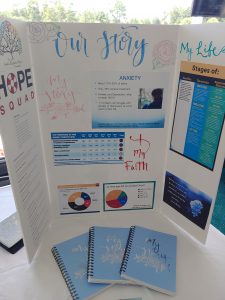 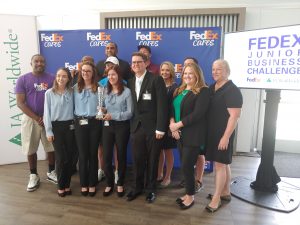