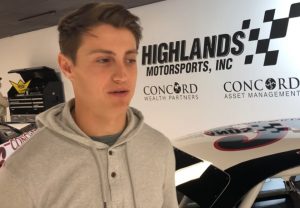 Rick is joined for a fast-paced interview this week, by a member of the legendary NASCAR family, Kyle Petty.

Petty was in Atlanta promoting Coca-Cola, the upcoming NASCAR season and the Atlanta race, the Folds of Honor QuikTrip 500.

He is former stock car racing driver, and current racing commentator. He is the son of racer Richard Petty, grandson of racer Lee Petty, and father of racer Adam Petty, who was killed in a crash during practice in May 2000. Petty last drove the No. 45 Dodge Charger for Petty Enterprises, where he formerly served as CEO; his last race was in 2008.

Kyle is a delight to talk to and a wealth of information, not only about the history of NASCAR, but also about the future of NASCAR and racing technology.

Have a listen to Rick and Kyle Petty. 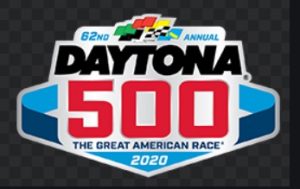 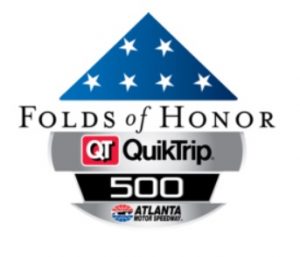 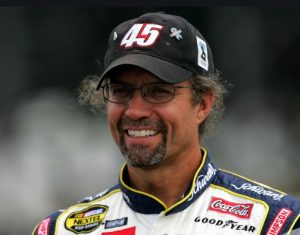 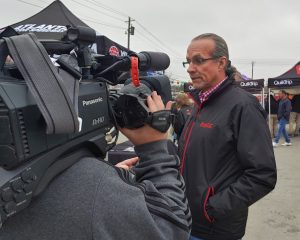 Rick is joined this week, but Chad Willis, the President of Racing Electronics in Concord, NC.

Devices programmed at the track: RE3000, RE1000, Trackscan, Uniden SC230, and FanVision activations and software updates (at NASCAR events only).

Racing Electronics is a fixture in the racing industry. Fans and those that make their living in the industry appreciate their products and how they innovate.

Chad is an analytics-driven marketer who enjoys tackling the difficult challenges, designing innovative and engaging strategies and working with results-driven teams to generate revenue. A customer-centric marketing and communications professional with a knack for connecting brands and consumers, and creating opportunity by building successful relationships and partnerships.

Great to talk with Chad learning more about Racing Electronics. 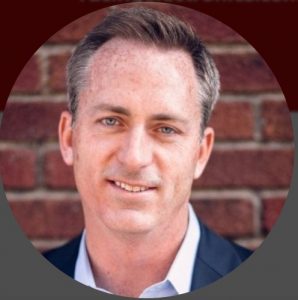 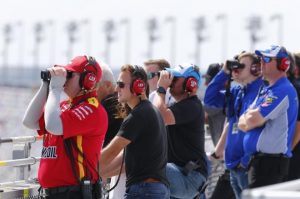 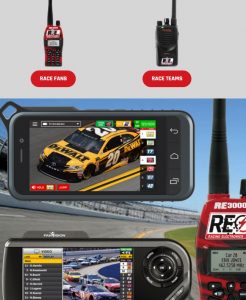 NASCAR’s Jeffrey Earnhardt is partnering with veteran-owned Nine Line Apparel to raise money for Angels of America’s Fallen which provides services for the children of soldiers who died in war or committed suicide as a result of PTSD. The NASCAR star who is the grandson of Hall of Famer, Dale Earnhardt, and Nine Line CEO Army (ret.) CPT Tyler Merritt will present a check to the organization Memorial Day Weekend at one of NASCAR’s premier events – the Coca Cola 600 at the Charlotte Motor Speedway.

Earnhardt has 63 career Cup starts with his best result coming in the 2018 Daytona 500 where he finished 21st. The car will carry sponsorship from the Black Rifle Coffee Company and Nine Line Apparel. Additionally, in the spirit of Memorial Day Weekend, the names of 617 men and women who lost their lives in service to the USA will adorn the hood of the race car.

Through this initiative, Nine Line is selling “Remember the Fallen” t-shirts, the proceeds of which will be donated to the organization. With every t-shirt sold, donors will be given the opportunity to submit the name of a fallen hero. All of those names will be emblazoned on the hood of Jeffrey’s car during Coca Cola 600.

Rick is joined by both Jeffrey Earnhardt and Tyler Merritt for this patriotic and spirited conversation. We wish Jeffrey well in the Coca-Cola 600 this weekend and continued success for Nine Line.

Nine Line first came into contact with Angels of America’s Fallen after the company lost one of its own employees, an Army veteran, to the 22 a day veteran suicide epidemic. In lieu of flowers, his widow requested donations be made to the nonprofit organization, whose goal is to support the children of those lost due to military service – whether in combat as a result of injuries, or suicide related to PTSD.

“This is the first step in an exciting new partnership with Jeffrey’s team,” said CPT Merritt. “Our goal is to support an incredible nonprofit organization that honors the memory of those who have made the ultimate sacrifice in service to our nation. By partnering on this initiative, we’re joining forces so that we can raise as much funds and awareness as possible.” 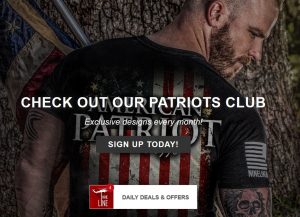 Bubba Wallace is one of the fresh faces of NASCAR. He’s also fresh off a runner up finish at the 2018 Daytona 500.

Rick talks to Bubba, this week, on “Tech of Sports.”

Darrell “Bubba” Wallace Jr. (born October 8, 1993), is an American professional stock car racing driver. He currently competes full-time in the Monster Energy NASCAR Cup Series, driving the No. 43 Chevrolet Camaro ZL1 for Richard Petty Motorsports. Previously, Wallace was signed as a development driver for Joe Gibbs Racing where Wallace competed in the Camping World Truck Series, driving the No. 54 Toyota Tundra for Kyle Busch Motorsports. He also raced in the Xfinity Series, driving the No. 6 Ford Mustang of Roush Fenway Racing, from 2015 to mid 2017.[ Wallace is noted for being one of the most successful African-American drivers in the history of NASCAR.

A Facebook Watch docu-series entitled “Behind the Wall: Bubba Wallace,” chronicled Wallace’s road to the DAYTONA 500 – from his earliest racing days to his debut as the new full-time driver of the No. 43 Click n’ Close Chevrolet Camaro ZL1 for Richard Petty Motorsports
Episodes seven and eight, which provide a behind-the-scenes look at Wallace’s second-place finish in the DAYTONA 500, premiere Thursday, February 22 on Facebook Watch

Watch Bubba’s Facebook Watch show and keep an eye on him on the tracks of NASCAR. 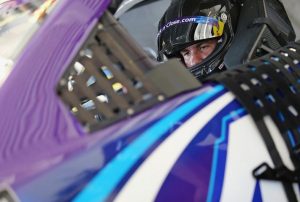 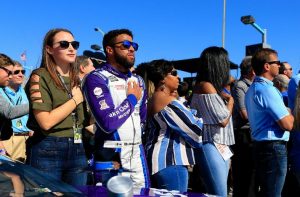