Rick is joined on “Tech of Sports” this week, by Joshua Smith, the City Manager of the great city of Hamilton, Ohio.

Hamilton, Ohio is located in the heart of the Rust Belt, a region in Northeastern and Midwestern United States that has been experiencing industrial decline since the 1980s. In its heyday, Hamilton became a manufacturing powerhouse due to early investments in hydroelectric power and logistics infrastructure. Hamilton was billed as “The greatest manufacturing city of its size in the world.” Companies in the city produced paper, safes, machine tools, farm equipment, cans for vegetables, automobile parts and printing presses. Also, like many great American industrial cities of the day, Hamilton contributed greatly to the war efforts during both World Wars. Hamilton factories manufactured war materials, such as ship engines and gun lathes.

However, by 1980s manufacturing had changed in the United States. A good deal of manufacturing was moved overseas to reduce labor expenses, resulting in the closure of factories across the country. Hamilton felt the impact of this globalization as factories closed and thousands of residents lost their jobs. This change in the economy also impacted other businesses in the community. Retail and restaurants were severely impacted by lost and reduced wages, as well. As a result, Hamilton’s once vibrant downtown and surrounding areas were hit particularly hard by the outsourcing of jobs, leaving many storefronts empty and buildings left to deteriorate.

After feeling like they were forgotten by the rest of America and watching the opioid epidemic plaque their communities, Rust Belt cities like Hamilton have taken their destiny into their own hands. Instead of waiting for broken promises by politicians of bringing manufacturing back to the Rust Belt, the Rust Belt is taking action themselves, creating new industries to revitalize their communities. From partnering with the state to secure tax incentives, to utility rate guarantees, to direct assistance through various funding sources, Hamilton has taken an all-hands-on-deck approach to revitalization. Hamilton has partnered with a variety of organizations to rehabilitate abandoned properties for rent, or put them into the hands of new ownership who put the buildings back into use. The urban core of Hamilton has welcomed over 90 new small businesses in the last ten years, and experienced over $250 million dollars in investment.

The city also has created Upper Floor Residential Rehabilitation Program to encourage activation of the upper floors in the Main Street Business District. The goal is to get people to work and live downtown, turning the once bleak downtown into a vibrant city center.

Hamilton also has emphasized the importance of a diverse business base, including advanced manufacturing, breweries, retail, and tourism. Hamilton now has a variety of industries that operate in the city. A diverse mix within a local economy helps to weather the storm when macroeconomics tip the scales. Instead of having one large industry, which created the deterioration of the Rust Belt, Hamilton now has a diverse slate of industry.

Hamilton is betting on a 42-acre abandoned paper mill that is in the process of being redeveloped into North America’s largest indoor sports complex. Expecting more than one million visitors each year, the $144 million complex brings new life to the former home of a legacy Hamilton industry. The project will include an on-site hotel, brewery, restaurant, and convention center. Before this construction started and it sat empty in the middle of the city, it was a sad reminder of the past and everything they lost, now it is symbol of the future.

Joshua talks about that and more, including being a Cyclone, lie RIck this week… 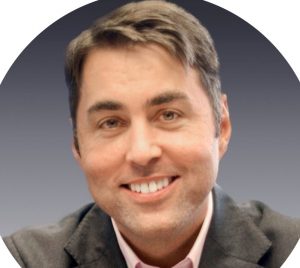 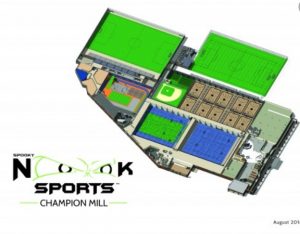 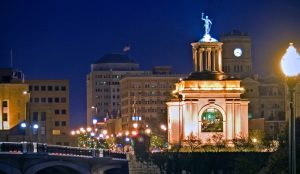