Going out of the world of sports a little this week, but couldn’t pass up the chance to talk to actor, Michael Gross. The longtime Hollywood actor is really one of the nice guys in Hollywood and he’s reprized his role in the new Tremors movie, and he’s wearing a Cubs hat.

We talk about the new movie, new technology in making movies and Michael’s love and obsession collecting everything trains and railroad.

Tremors: A Cold Day In Hell  is available on Blu-ray Combo Pack, DVD, Digital and On Demand May 1st

⦁ Tremors: A Cold Day In Hell  is the sixth installment in the popular cult-classic franchise

⦁ Includes never-before-seen bonus content including;
⦁ Footage of the making of the film
⦁ An up-close look at the very first underwater Graboid attack
⦁ The recreation of Chang’s Market
⦁ Commentary from the filmmakers
​
⦁ Tremors: The Complete Collection including all six movies will also be available on DVD May 1st

Burt Gummer (Gross) and his son Travis Welker (Kennedy) find themselves up to their ears in Graboids and Ass-Blasters when they head to Canada to investigate a series of deadly giant worm attacks. Arriving at a remote research facility in the arctic tundra, Burt begins to suspect that Graboids are secretly being weaponized, but before he can prove his theory, he is sidelined by Graboid venom. With just 48 hours to live, the only hope is to create an antidote from fresh venom — but to do that, someone will have to figure out how to milk a Graboid!

Michael Gross, perhaps best known for his portrayal of father Steven Keaton on NBC’s award-winning Family Ties, has most recently been seen as River Baldwin in CBS’s daytime drama, The Young and the Restless.During his thirty-five year professional career, Michael has portrayed a remarkable range of characters, including recurring roles on both the Drew Cary Show, as well as on NBC’s acclaimed series, ER. He has appeared on the original Law & Order as well as its popular spin-offs, Law & Order: Criminal Intent, and Law & Order: Special Victims Unit. Other appearances include The Outer Limits, Ally Macbeal, CSI: New York, How I Met Your Mother, Boston Legal, and Medium. He guest-starred with Family Ties veteran Michael J. Fox in Michael’s farewell episode of Spin City.

He married casting director Elza Bergeron in 1984. They have two children, Theodore and Katharine. Daughter Katie is the mother of Michael’s two grandchildren, Nicholas and Allison. Michael and his wife divide their time among homes in Southern California, Santa Fe, New Mexico, and Manhattan’s Greenwich Village.His hobbies include reading, writing, yoga, thumbing through unremarkable screenplays, and devoting himself to an endless variety of obsessive-compulsive activities. As a grandson and great-grandson of railroaders, he is a life-long railroad fan, particularly of the former Santa Fe Railway. He is an amateur railway historian, photographer, and award-winning railroad modeler. He and Elza also collect Santa Fe dining car china, silver, and other memorabilia. One of their great joys is riding trains together, wherever they can find them; and, partly to ensure they will always have a train to ride, Michael and Elza are part owners of the Santa Fe Southern Railway, an eighteen-mile freight and passenger carrier headquartered in Santa Fe, New Mexico.

It was great talking to Michael. 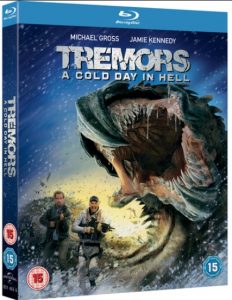 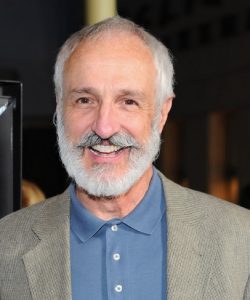