Rick has an interesting talk with Matt Hassett, CEO and founder of Loftie, this week. Matt and his team are releasing the Loftie Alarm Clock.

Yes, an alarm clock is still relevant in this age of smartphones and tablets.

Matt is the founder and CEO of Loftie, a New York based company dedicated to creating better tech-life balance for people everywhere. Matt began working on the project that eventually became Loftie at the design firm IDEO where he was an Entrepreneur in Residence. Before founding Loftie, Matt worked in communications, policy, and program design at the Center for NYC Neighborhoods, Morgan Stanley’s Global Sustainable Finance group, and the City of New York. Matt is a graduate of Brown University and the Harvard Kennedy School.

Loftie is a recently launched wellness company that has revolutionized the outdated alarm clock and created a sleep/wake system based on science that decreases screen time, giving you a healthier tech life balance and ultimately overall improved mental health. The founding team at Loftie are leading a movement to take back the bedroom with a smart device that doesn’t depend on a smartphone.

Unlike other alarm clocks or sleep devices, Loftie doesn’t need a smartphone to operate so it won’t connect to email, apps or social media, therefore removing the anxiety those apps bring along. That’s one step in the tech life balance, but Loftie offers so much more. Matt and his team have gone through rounds of IDEO method testing gathering information on people’s nighttime routine and sleep habits. Based on their findings they were able to determine what is missing in other alarm clocks and build Loftie to match customer desires. Features like a dimmable display, nightlight, two-phase alarm, and custom content playable right on the device, including guided meditations, sound baths, breathwork exercises, sleep playlists, plus a variety of relaxing sounds, all of which are built into the Loftie Alarm Clock. 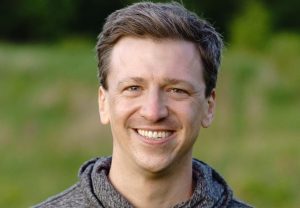 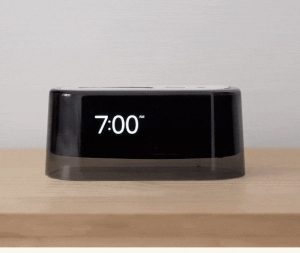