May marked the start of AAPI Heritage Month, AAPI which stands for Asian American/Pacific Islander, is an important and impactful month for Pan-Asian individuals everywhere in the face of #StopAsianHate, and as we navigate the changing landscape for AAPI folk in the media at large.

While we have made great strides for progress in terms of representation and equity in entertainment and beyond, there is still much to be done in terms of progressing our narratives and our stories. Enter Comedy InvAsian 2.0, a live taped comedy special which saw its nationwide premiere on May 1st on all streamers including Peacock and Tubi. Comedy is healing, and in the face of such violence and negative attitudes towards AAPI people, such a necessary tool to combat that

George is a great guest and talks comedy and his career as a skateboard coach.

“Global audiences are demanding diversity and Comedy InvAsian is proving to be one of those outlets without compromising quality”, said Victor Elizalde, President of Viva Pictures, as well as producer and distributor of Entre Nos, the leading LatinX standup comedy show on HBO currently in its 5th season.

Comedy InvAsian 2.0 will feature original music created by The Slants, the legendary all Asian-American dance rock band who took on the supreme court and won the right to their name in a landmark case. The Slants’ founder Simon Tam and Quentin Lee are developing a scripted limited series about the band’s battle against the US Government to trademark their name.

George Wang Jr. is a full time sk8 coach & professional stand up comedian living out of Monterey park. He wishes they told him in high school all those times he got in trouble for making the class laugh and getting his skateboard taken away, would actually be the 2 things he has made his career off. Funny how life works, he worked so many different jobs only to realize the things he worked hard at for free was the real investment into his future.
IG: @georgewangjr 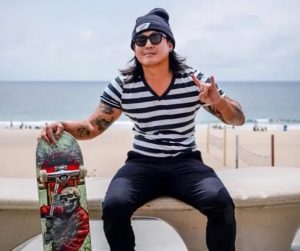 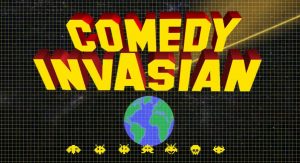