Great guest this week… Rick is joined by Gary Green.

Prominent businessman Gary Green is living the dream of every sports fan as the owner of four professional sports teams: the United Soccer League’s Union Omaha and MiLB’s Omaha Storm Chasers, Richmond Flying Squirrels and Montgomery Biscuits. Now, the native New Yorker is teaming with Jet Linx Aviation –founded in Omaha, Nebraska and with a brand-new terminal in Teterboro, NJ – to share that dream with sports fans.

The recently-launched “Fly Like An Owner” sweepstakes will send two fans from both Omaha teams to accompany Green on a private Jet Linx plane to road games with the owner.

“As a sports fan, when I became a team owner it was a dream come true,” said Green. “I am excited to share that feeling with a lucky Storm Chasers and Union Omaha fans, and am so appreciative of the partnership with Jet Linx to make that possible.”

The soccer contest began on the first home match on April 23 and continues through the August 31 match against Forward Madison at Werner Park. Every fan that attends a home match will automatically be entered in the contest. The winner will get to select one guest to bring along for the trip which will take place on one of three dates: Sunday, September 11 at FC Tucson; Wednesday, September 21 at Northern Colorado Hailstorm FC; Saturday, October 1 at North Carolina FC

The baseball sweepstakes began with the Storm Chasers’ April 12 homestand against the Louisville Bats and will continue through the August 23 homestand against the Scranton Wilkes-Barre RailRiders. Every fan that attends a home game at Werner Park in Omaha will automatically be entered in the contest. The winner will get to select one guest to bring along for the trip which will take place when the Storm Chasers visit the Columbus Clippers on Saturday, September 17, 2022.

“We are proud to partner Union Omaha and the Omaha Storm Chasers, both beloved and engaging community institutions that offer the kind of entertainment and inspiration that helps attract top talent to our area,” said Jamie Walker, President and CEO of Jet Linx Aviation. “As an Omaha-based company, we are excited to support the fan-base of these teams through the ‘Fly Like An Owner’ contest, and to introduce their supporters to the Five-Star service of Jet Linx and the opportunities in private aviation.”

ABOUT GARY GREEN: Prominent MILB owner and investor Gary Green, under the “Baseball Alliance LLC” banner, has stakes in three baseball franchises, the Richmond Flying Squirrels (Virginia), the Montgomery Biscuits (Alabama) and the Omaha Storm Chasers (Nebraska), which he purchased from business magnate Warren Buffet. Buffet recognized Green’s passion for baseball – “we know he’s a great owner and has a great enthusiasm for the game,” were Buffet’s remarks upon the sale to Green. As president and CEO of Alliance Omaha Soccer Holdings, Green heads the ownership of Union Omaha in the United Soccer League (USL), which hosted its inaugural season in 2020 and is the only professional soccer club currently operating in the state of Nebraska.

Green also owns the highly-regarded baseball publication “Baseball America,” the largest digital platform on MILB, and is CEO of Alliance Building Services which is one of the largest private building service companies in North America, and executed the maintenance manifest for the inaugural seasons at Yankee Stadium and Citi Field. 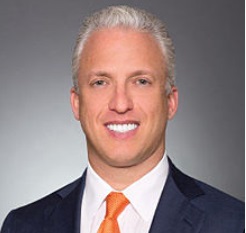 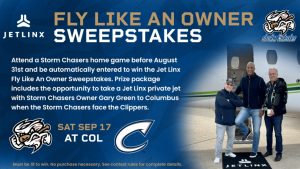