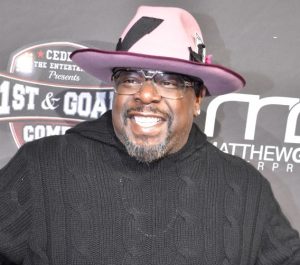 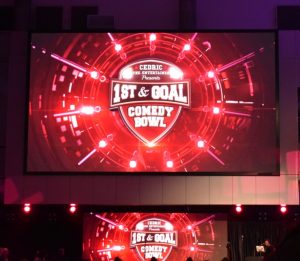 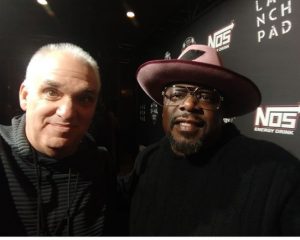 Rick is joined on this special episode this week by NASA astronaut, Leland Melvin.

It might seem strange that an astronaut is in Atlanta for the Super Bowl, but he was also a college football star and was drafted into the NFL.

Kennedy Space Center Visitor Complex and Florida’s Space Coast are taking football fans on a journey through the galaxy and beyond. Join us for a special meet-and-greet with veteran NASA astronaut Leland Melvin, the only person ever drafted into the NFL to have flown in space, and an exploration of MRVN®, the larger-than-life Mars rover concept vehicle. Other highlights include photo opportunities with a lunar rover, information about NASA “spinoffs” relating to football, and an entertaining display of the differences between playing football on Mars, Moon and Earth.

Leland Melvin is the only person in human history to catch a pass in the National Football League and in space. Though his path from the gridiron to the heavens was riddled with setbacks and injury, Leland persevered to reach the stars. He served as mission specialist for two flights aboard space shuttle Atlantis, working on the International Space Station. The Pro Football Hall of Fame honored his athletic and academic accomplishments by placing his Detroit Lions jersey under glass in Canton, Ohio.

As a student athlete, he  was a wide receiver on the University of Richmond football team from 1982–85. Melvin is first on the University of Richmond’s career lists with 198 receptions for 2,669 yards and fourth on Richmond’s career touchdown receptions list with 16. He was an AP honorable mention All-America selection in 1984 and 1985 and second team Apple Academic All-America in 1985.

A team captain during his senior season, Melvin had his best year in 1985, with 65 catches for 956 yards and eight TDs. His top game was in 1984 against James Madison University, when he had 10 catches for 208 yards and one touchdown.

Melvin caught at least one pass in every game he played as a Richmond Spider (39).

He was in the University of Richmond Athletic Hall of Fame Inductee Class of 1996–97 and selected for the All-UR Stadium Team in 2009, which commemorates the greatest Spiders to have played at the stadium in its 81-year history.

Leland talks about the importance of STEAM education and how the younger generation can really do it all- sports and academics. He’s an author, a lecturer, great with both kids and dogs.

Very insightful and one of my favorite guests. Visit: www.lelandmelvin.com. 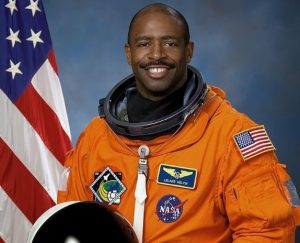 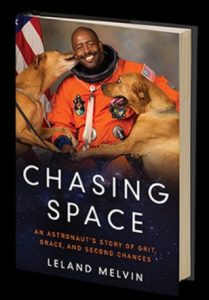 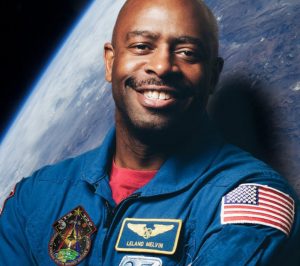 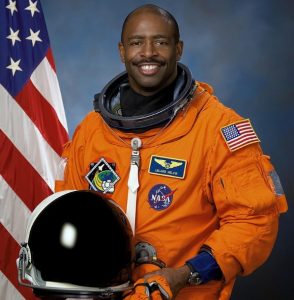