16-year MLB player, Todd Zeile, is part of the indie game developer, Bit Fry, based in New Hampshire. They are the first company to ever create a new, officially licensed sports gaming franchise that features star athletes from all the major sports leagues. Rick talks to Todd on this episode of “Tech of Sports”.

You might have thought a huge developer (such as an EA) would have been the first to do this, but it is Bit Fry. The first game in the franchise is called Ultimate Rivals: The Rink and it has launched on Apple Arcade. Bit Fry is also growing in preparation for the next titles in the Ultimate Rivals franchise. Last week, Bit Fry announced a new license with the NFL Players Association (NFLPA) for a new football video game.

Zeile says they are filling an “open space” in the sports gaming world.

In Ultimate Rivals: The Rink, different combos of heroes unlock unique ways to play and win against the AI or other gamers in online multiplayer matches. Some of the 58 athletes include LeBron James, Mike Trout, Alex Ovechkin, Alex Morgan, Clayton Kershaw, Mookie Betts, James Harden, Zion Williamson, JJ Watt and Wayne Gretzky. The game is addictive and spans sports with athletes everyone knows.

Have a listen to Rick and Todd and see what Bit Fry is working on. 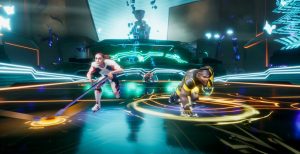 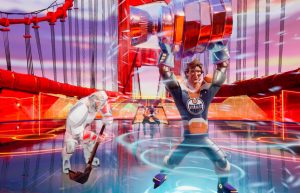 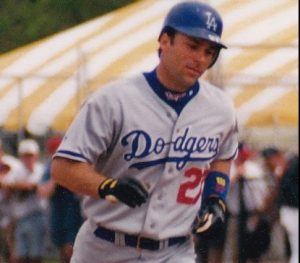