Rick is joined by a great guest this week on “Tech of Sports.

Golflogix Co- founder/President, Pete Charleston. Prior to GolfLogix, Charleston co-founded Premium Cigars International and helped take the company public on the Nasdaq. Charleston served as vice president of sales for Premium Cigars International, where he successfully launched an in-store humidor program in over 10,000 retail outlets, negotiating contracts representing over 25,000 retail locations and managed 50 sales reps. Charleston now leads GolfLogix’s marketing, sales, and business development efforts and helped successfully negotiate the acquisition of GolfLogix by Emigrant Capital Corp. in 2014. Having been in the golf GPS business since its inception in 1999, Charleston is one of the most experienced executives in the Golf GPS industry.

Founded in 1999, GolfLogix is the world leader in Golf GPS technology, was the first to introduce handheld GPS to the golf industry, and holds a patent on wireless Golf GPS. GolfLogix has been professionally mapping golf courses for over 12 years and is proud to have the largest, most up-to-date golf course database in the world. All of our maps have been verified by millions of rounds of golf played by our members.

We talk about the new Putt Line feature. The long-anticipated update to the innovative app shows the exact read for distance and line, taking the guesswork out and allowing users to see exactly where to aim their putts.

GolfLogix is the only on-course app that shows you the exact line of your putt to the hole, along with break, change in elevation and the speed of the green.

Now the regular golfer can use GolfLogix to get the same information that the pros have on tour.

With one simple swipe, golfers can easily:

Get the exact read for distance and line
Determine the optimal aimpoint of each putt
See the elevation change from the ball to the cup
Read the changes in speed with the color-coded putt line
View contour lines, arrows, and the slope grid
Set the green stimp
Use the animated putt line to see how the ball will break into the cup
Sink more putts!

Through 2005 GolfLogix developed proprietary software and maps for a Garmin co-branded handheld GPS device that was featured at thousands of prestigious golf courses all around the world. In 2006, the USGA and the R&A officially sanctioned the use of Golf GPS and many companies scrambled to develop GPS solutions for golfers; but GolfLogix was already there. In 2007, the company launched the GolfLogix GPS-7 handheld waterproof consumer unit and based on the company’s mantra of “keep it simple” it was adopted by golfers around the world with incredible success. GolfLogix followed up with a launch of the GPS-8 unit including a full 30-minute TV infomercial campaign featuring Gary McCord and Peter Kostis which captured the attention of millions of golfers worldwide. Today, the GPS-7 and GPS-8 units still lead the pack in being the most reliable and easy-to-use golf GPS system ever produced.

In 2009, seeing the rapid advances in Smartphone technology, GolfLogix quickly captured the market with a golf application that provides precise GPS distances plus keeps score and tracks stats and uploads them to our online clubhouse community where golfers can share and compete with millions of golfers worldwide. Now available on over 60 different Smartphone models, with new phones being added monthly, the GolfLogix Golf GPS application has become the No. 1 Golf App across all Smartphones.

Great to talk with Pete and continued success to Golflogix. 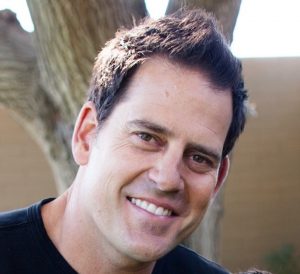