Rick is joined by Jason Rose, founder of the Scottsdale Beat the Heat 10/5 K Race – The Hottest Race on Earth

After a five year hiatus, the hottest race on earth, Scottsdale’s Beat the Heat is returning to WestWorld of Scottsdale as part of the new Scottsdale Fahrenheit Festival: Arms, Legs and Kegs event on June 16th. Runners will traverse a combination of hard-packed dirt, asphalt, off-road and concrete paths, polo field and grass. Runners will end inside the air conditioning in the North Hall of the Barrett-Jackson Collector Car Auction site. A true test for runners in the 100 degree+ heat of Arizona.

Jason talks about the origin of the race, what’s new this time around and the true endurance test that it is for competitors.

The race is taking place proximate to the hottest day ever recorded in the Phoenix metro area (June 26, 1990), with total prize money of over $8,000.

The amounts for the Scottsdale Beat the Heat are also steeped in symbolism. It will be available for the Top 5 finishers in the 10.22 kilometer for both male and female categories, as follows:

First Place: $1990: To celebrate the year of the hottest day ever recorded in the Phoenix metropolitan area.

Second Place: $1022: In honor of the distance of the race to beat the heat.

Third Place: $626: In recognition of the hottest day recorded in Phoenix.

Fourth Place: $247: The time when it hit the record heat and when runners launch.

Fifth Place: $122: The highest temperature ever recorded in Phoenix.

To register for Beat the Heat and to read more details on the race, visit http://scottsdalefahrenheitfestival.com/scottsdale-beat-the-heat/. 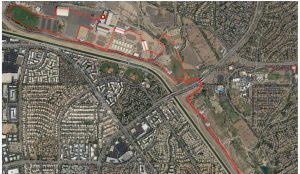 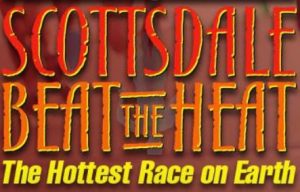