Rugby has never been a topic of discussion on “Tech of Sports” before, but that is about to change.

This week, Rick is joined by an All-American Rugby player from Dartmouth and a member of the Canadian U20 National team, Idia Ihensekhien.

Ihensekhien, currently a member of Dartmouth’s Women’s Varsity rugby team and the Canadian national U20 team. Ihensekhien is a dynamic forward with speed akin to that of a back. Furthermore, Ihensekhien is instrumental to Dartmouth Women’s Rugby success and is a fierce competitor on the national stage. She has received numerous awards throughout her career, such as MVP titles and is a three time All-American and national champion. Ihensekhien has also been selected to tour with Canada three times.

Moving forward she aims to compete for a spot on the Canadian National Senior team and play in a World Cup.

In 2019, she was named to the All-NIRA Team. Ihensekhien had her best season to date in 2019, ending her junior year third on the team in points (45) and second in tries (9). She scored a career-high three tries in the Ivy Rugby Championship win over Harvard and had two tries in three other games.

This is an episode to learn a little about the global sport of Rugby from the perspective of an interesting young student athlete.

Rugby, football game played with an oval ball by two teams of 15 players (in rugby union play) or 13 players (in rugby league play). Both rugby union and rugby league have their origins in the style of football played at Rugby School in England. According to the sport’s lore, in 1823 William Webb Ellis, a pupil at Rugby School, defied the conventions of the day (that the ball may only be kicked forward) to pick up the ball and run with it in a game, thus creating the distinct handling game of rugby football. This “historical” basis of the game was well established by the early 1900s, about the same time that foundation myths were invented for baseball and Australian rules football. 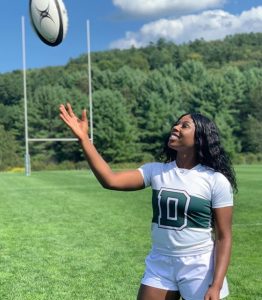 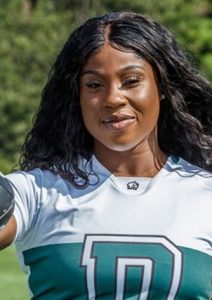 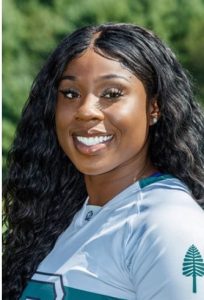