Rick is joined in this episode by Glenn Johnson, the Carolina Hurricanes’ vice president of information technology, and Kevin Wittnebert, Extreme Networks associate director of sports and entertainment to talk about what fans want in arenas and stadiums- fast Wi-fi.

Today’s consumers expect to be able to text, post to Instagram, send a Snapchat, stream a video, check their sports apps and browse the internet without any delay or lag.

So what happens when an arena that can hold up to 20,000 people lacks a speedy network for attendees to connect to? The IT team at PNC Arena – home to the Carolina Hurricanes and NC State’s men’s basketball team – asked themselves this exact question when they started receiving poor feedback on the arena’s Wi-Fi experience. As the go-to venue for more than 150 annual events, and challenged with an IT team of only four people with 770,000 square feet to cover, they looked to Extreme Networks to partner and deploy its end-to-end Wi-Fi solution.

Have a listen as Rick talks with Glenn and Kevin about the latest in “fan experience.” 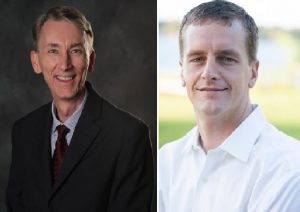