Rick is joined by Ohio State starting quarterback this week on ‘Tech of Sports!”

He spent his true freshman year at Ohio State as a backup to Justin Fields. He did not attempt any passes but had a 48-yard rushing touchdown.

Stroud started all his regular season games except for one against Akron in order to rest a shoulder injury he sustained in the season opener. Over the season, he earned first team All-Big Ten Honors, won Big Ten Freshman of the Week six times, was a finalist for the Davey O’Brien Award, and was the only quarterback in Ohio State history to throw for five touchdowns against Big Ten competition four times in a single season. He led the team to a 10-2 record in the regular season, losing to Michigan in their final game. However, he and Ohio State bounced back from this disappointment at the Rose Bowl, coming back from a 14 point deficit against Utah to win 48-45 in a thriller. Stroud threw for a school and Rose Bowl record 573 yards in the win, and also tied a school record and set a Rose Bowl record with 6 touchdown passes.

In April, Express, announced its partnership with hometown athletes CJ Stroud and Jaxon Smith-Njigba as its first-ever collegiate style ambassadors. The announcement is part of the retailer’s goal to connect with new customers through a range of influential partners, which includes style editors, influencers, ambassadors and now, college athletes. Stroud and Smith-Njigba will work alongside Express and leverage their platforms to share how they approach dressing for off-the-field occasions and inspire others with their personal style. 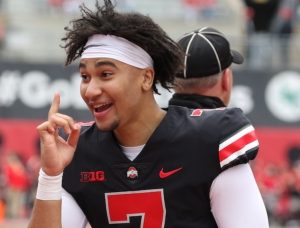 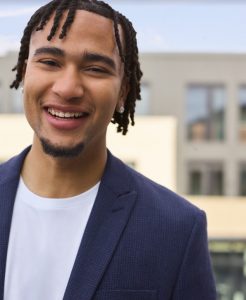 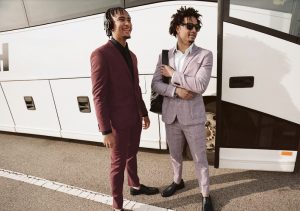