Rick is joined once again this year, from the PGA Show in Orlando, but PGA Tour great and one of the nicest guys in golf, Chip Beck.

Chip is once again at the show serving as a brand ambassador for Pitchfix.

Pitchfix USA, a global market leader in switchblade divot tools and other golf products, introduced new products at the 2019 PGA Merchandise Show in Orlando (Jan. 22-25). In addition to the Pitchfix Tour Edition and Tour Edition 2.5 divot repair tools, the Pitchfix 4 in 1 MultiMarker Chip will make their debuts at booth #2015 at the World’s number one golf merchandise show.

The Pitchfix Tour Edition divot repair tool is the first non-switchblade metal product from Pitchfix. Two versions are available, one with the traditional fork (Tour Edition) and one with the award winning RepairtecTM pins (Tour Edition 2.5). Both have a club rest and removable ball marker. Each model has a combination of treated finished steel and soft feel plastic. The manufacturing process allows for special color combinations, personalization as well as adding logos for branding and promotional uses.

The Pitchfix MultiMarker Chip is an alternative to the standard poker chip ball marker. With the same diameter as a poker chip, the Multi Marker Chip is easy to find in your pocket and has a small magnetic ball marker that’s useful when you are close to someone’s putting line. The MultiMarker Chip has a ‘tee toss’ function on both sides and a putting alignment function on the reverse side. The multi marker chip is available in a wide range of colors.

“We’re excited to introduce three new quality items to our extensive, award-winning product line,” said Bart Fokke, president, Pithfix USA. “We look forward to sharing the capabilities of these products and demonstrating them to PGA professionals and buyers at the PGA Merchandise Show and through our distributors worldwide.”

Founded in 2005, Pitchfix is the market leader for switchblade divot tools and other golf green related products in Europe and Asia and is renowned for its high standards in design and product quality. It aims to be the market leader in divot tools and other golf related products in the United States by designing, manufacturing and distributing an ever-growing line of high quality and innovative European designed products through selected distribution partners.
Pitchfix currently offers an array of diverse and innovative products for golfers worldwide: Twister 2.0 Divot Tool; Classic Divot Tool; Hybrid 2.0 Divot Tool; XL 3.0 Divot Tool; Alignmee Marker Alignment Tool, Hatclip Ball Marker, The Tour Edition and Tour Edition 2.5 Divot Tool, and the Multi Marker Chip.
The Pitchfix Fusion 2.5 was named “Best Divot Repair Tool” by Golf Digest in its 2018 Editors’ Choice Awards for the second consecutive year.
Pitchfix currently has operational and manufacturing facilities in Hong Kong, China, the Netherlands and the U.S. In the U.S. the company recently opened three fulfillment centers with five customer facing/support employees to facilitate custom order processing and fulfillment. Custom orders are fulfilled within two to eight days of receipt. For further information go to www.pitchfixusa.com.

At the youthful age of 10, Chip Beck’s mother first introduced him to golf by taking him to a junior clinic. Little did she know the impact that day would have on him. After a successful junior career, Chip enrolled at the University of Georgia where he would become one of the most decorated golfers in UGA history. As a three-time first team All-American and five-time tournament winner with more top ten finishes than any other player in the school’s history, Chip Beck decided it was time to test his skills with the best players in the world on the PGA Tour.
Chip had four PGA Tour victories and twenty runner-up finishes during his playing career. He won the Vardon Trophy in 1989 and spent 40 weeks in the top 10 of the World Golf Rankings from 1988 to 1989. Additionally, he was the second player to ever shoot ’59’ in a PGA Tour tournament. Several players have accomplished this feat on the PGA Tour, but only Al Geiberger and David Duval have also reached that magical thirteen under par number. Prior to the Las Vegas Invitational, the Hilton family said anybody who could shoot a 59 would win a million dollars. Despite never having seen the course before, Chip had five pars and 13 birdies (a PGA Tour record for birdies in one round), including a three footer on the 18th hole to shoot a 59. Beck finished tied for third in the tournament, but half of the million dollars he won ended up funding the Chip Beck Scholarship. Since 1991, this scholarship has run in conjunction with the Evans Scholars Foundation with the Western Golf Association and still continues today.

In addition to his PGA Tour accomplishments, Chip Beck is also well known as a three-time Ryder Cup member, especially as a crucial player in the 1993 Ryder Cup, the last time the United States won on European soil. His all-time Ryder Cup record is 6-2-1, with a point percentage of .72. Furthermore, Chip is one of two people to ever have a hole in one on a par four, which he achieved on the 314-yard 9th hole at the 2003 Omaha Classic. Although Chip has never won a major, he was the runner-up in three Majors and one Players Championship. (1986 US Open, 1989 US Open, 1989 Players Championship and 1993 Masters).

To many around the world Chip Beck is simply known as ‘Mr. 59,’ but ask him and he will tell you he is just another guy who loves God, his family, and the game of golf. Chip is currently an ambassador for Arcis Golf and for PitchfixUSA, the company that manufactures the Golf Digest award winning Fusion 2.5 Divot Repair Tool. 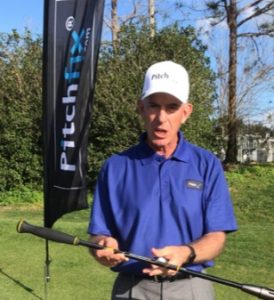 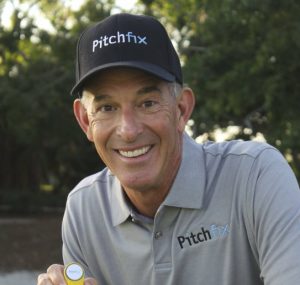