This is a sports book, but also more than just that.

Rick is joined this week by Andra Douglas, who has a new sports book out!

Black & Blue: Love, Sports and the Art of Empowerment

A native of central Florida and a graduate of Florida State University and Prat tInstitute, Douglas has been a National Champion athlete in rugby and women’s tackle football, a Vice President/Creative Director at Time Warner, the founder of the Fins Up! Foundation for Female Athletes, a non-profit to benefit at-risk teens, (www.womensgridironfoundation.org), the owner of the New York Sharks Women’s Pro Football team for 19 years (www.nysharksfootball.com) and a known artist. She lives with her parrot, ‘Pie’ in New York City where she spends much of her time working from her rooftop studio in Greenwich Village on her mixed-media artwork. (www.andradouglasart.com)

In the Deep South, football is a religion and even as a young girl, Christine dearly loved the game. Her passion to play, not just watch, was apparent. But even by the time she reached her teens, society’s message that women are second-class citizens – and the South’s particular interpretation of that — had seeped in. She chafed at what the South told her she should be – the classic belle, demure, deferential, yielding to men — versus what she knew or dreamed she was capable of being: fearless, inquisitive, strong, accepting life’s every challenge with poise, determined to be a success. ‘Black & Blue’ is the book about what happens during her poignant, often hilarious, sometimes discouraging but ultimately successful and profound journey from her small-town beginnings to New York City, where she moves sight unseen with encouragement from her mother and aunt to attend Pratt Institute and pursue her artistic talents.

It’s a book about coming of age, and the vivid characters who touch Christine along the way, starting with her father, who never had a son and coddled her love for things Southern girls weren’t “supposed” to do, and her grandmother, who knew firsthand how the South could suffocate nonconforming girls and encouraged Christine to be herself with some quietly rebellious (and subversively funny) shows of solidarity, like taking Christine to buy her first football. This book is also a backstage insight into a world few people know much about — the wild west world of women’s pro football, where shysters abounded in the early days of the game and the array of women who play tackle football come to the sport for their own reasons, same as Christine did.In some ways this book is A League of Their Own meets Semi-Tough. When the unexpected dream opportunity to finally play tackle football comes along, Christine purchases the New York franchise in a grass-roots women’s pro league because the team is in danger of folding. The responsibility of owning a sports franchise, however, is overwhelming. Christine’s longtime partner ultimately leaves her and Christine’s family is critical of her devotion to the club. Even the team’s players second-guess her decisions and motives at one point. She is painfully reminded of childhood and retreats inward, leaving her infighting team to fend for itself as she battles some dark questions until something more devastating happens. Sarah, a close friend and popular teammate, is killed in a car accident on Christmas Day. Christine, dogged now by memories of how Sarah had so much she still intended to do, begins a voyage to re-empower herself and regain her lost passion and belief. Along with her surprised players, Christine and the Sharks embark on a rollicking quest for the national title that is ostensibly about football. But it’s a meditation, too, about how being different requires of all of them to examine themselves and choices they’ve made. 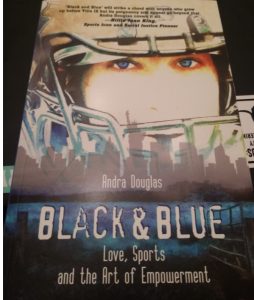 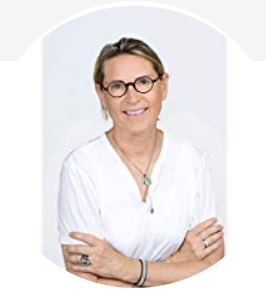