Rick talks to Atlanta Hawks No. 1 draft pick, AJ Griffin this week. Griffin is getting ready for the upcoming NBA season, but also giving back.
School kids and those who happened to be in the Athlete’s Foot store on Lee St. in the West End of Atlanta, doing some shoe shopping were treated to a 90 minute appearance by the recent draftee out of Duke, last Saturday.

Griffin also happens to be Athlete’s Foot newest brand ambassador, a title he takes seriously. The Atlanta-based retailer identified the former Duke basketball player for this partnership, with both Atlanta and North Carolina being key markets for the business. The Athlete’s Foot take shoes and shoe releases very seriously, as this weekend, the new Air Jordan Citrus 7 launched and was garnering a lot of attention at the store.

He also did a little shoe shopping, took pictures with fans and signed autographs. He also Griffin presented a $5,000 check to Fundamental Skills Camp (Community Development Capital) of Atlanta. Many of the young basketball players were in attendance.

With just a few weeks remaining until training camp, Griffin says his focus will soon shift to basketball.

“Ever since draft day, I’ve been (ready). I work everyday to get better and be around the guys, it’s all been fun. I can’t wait to play some ball”

The event also featured a backpack giveaway with each backpack filled with goodies and Griffin offering some tips to the young basketball players. 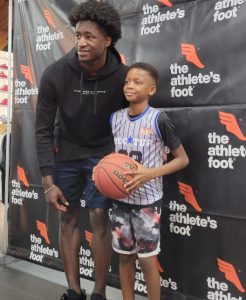 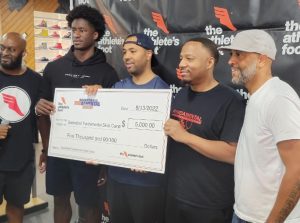 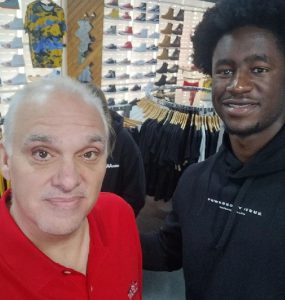