If you know music in the South, especially the state of South Carolina, you know Patrick Davis.

Rick catches up with Patrick this week as the college football season starts and his beloved Gamecocks are 0-1.

Davis, University of South Carolina alumnus and one of the Gamecock Nation’s favorite musical sons, is releasing The Gamecock EP just in time for kick off this weekend and right before embarking on a European Tour supporting fellow Gamecocks Hootie & the Blowfish.

The Gamecock EP includes four tracks from The Gamecock Album, which charted on Billboard in its first week when released in 2013, and a new bonus track “National Championship Blues.” The Gamecock EP will be available on Spotify, Apple Music and other streaming services this Friday, August 30th.

Davis wrote the new bonus track “National Championship Blues,” this past January after USC rival Clemson once again won the National Championship title. The song has until now only been heard as a live “day he wrote it” performance on Davis’ social media channels. It has since been listened to on Facebook and YouTube more than 185K times.

“I was watching the National Championship game with Hootie’s Darius Rucker and Mark Bryan and somewhere in the midst of the Clemson victory, I told the guys I was going to wake up first thing in the morning and write a National Championship Blues song. And that’s exactly what I did.” comments Davis.

The Gamecock EP, is a tribute to the University of South Carolina Gamecocks, who have played a large role in Davis’ life. Through the years, a number of these songs have become anthems for fans and are played throughout Williams-Brice Stadium on game day and beyond.

“I love South Carolina – the state, the people and the football,” says Davis.
“I never realized these songs would resonate with South Carolinians and Gamecock fans the way they do, but it has become a wonderful part of my life. That’s the beauty of writing songs and making music. Music truly does connect people so I feel very lucky to be part of it.”

Davis’ love of the Gamecocks began long before he attended school at the university. Having grown up in South Carolina, Gamecocks football has always held a special place in his heart.

“I grew up cheering on the Gamecocks and it was a pretty painful experience,” jokes Davis. “But honestly, all the University of South Carolina sports programs have been such a big part of my life – from game day tailgates when I was a student to today when I hear folks playing my music before games. The team and university have always brought me great joy.”

“I’m hopeful that we have a better record than we’ve had in the past few years. As everyone knows we have one of the toughest schedules in the country in 2019. And the SC motto has always been, ‘Just wait until next year.” Well I think maybe next year is this year,” adds Davis.

Track listing for The Gamecock EP:

The Gamecock EP marks the start of new music slated to be released from Patrick Davis this fall.

Patrick Davis, frontman of Patrick Davis & His Midnight Choir, is a Tennessee born, South Carolina bred, Nashville-based singer, songwriter and artist who has had quite the musical run over the past decade. Davis has had nearly 70 of his songs recorded by artists including Jimmy Buffett, Lady Antebellum, Darius Rucker, Jewel and others. He is currently recording his first Patrick Davis & His Midnight Choir album with his eleven-piece band and come early 2020, the band will be on the road and bringing their musical message to the masses. Davis is also founder of Songwriters In Paradise, a uniquely crafted singer-songwriter festival designed to bring together the world’s top songwriting and performing talent in the world’s most exclusive and awe-inspiring destinations for a priceless musical experience. Additionally, he is co-founder of Whiskey Jam Whiskey with South Carolina’s world-renowned, Firefly Distillery. For more information on Patrick Davis & His Midnight Choir, visit patrickdavismusic.com.

Have a listen to Rick and Patrick Davis. 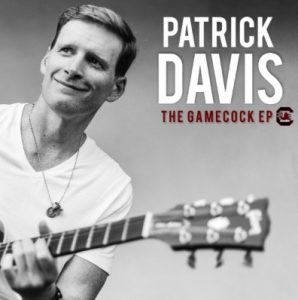 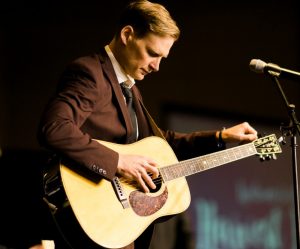 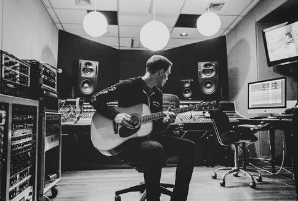