Great to speak with Don Rosenfeld this week on ‘Tech of Sports.’

Don is the Executive Producer of this amazing documentary about Golden Gloves Boxing in New York City, CRADLE OF CHAMPIONS.

Telling a compelling story of dreams, heartbreak, and redemption, the result is a unique work of art. CRADLE OF CHAMPIONS is edge-of-the-seat drama with the polish of a Hollywood feature film and the intimacy of a gritty cinéma vérité classic.

New York City’s Golden Gloves is the largest amateur boxing tournament on the planet, and the launching pad for some of the sport’s biggest names, from Muhammad Ali to Sugar Ray Robinson. This documentary takes a raw and intimate look at four participants, thereby showing New York’s many faces while relaying unique yet universal personal struggles on the path toward the championship.

Don is the perfect guest and the person that can take us behind the scenes of this documentary that boxing fans and the general public will find intriguing.

Boxing is not what most people associate with Rosenfeld, who’s best known for his lyrical, literary dramas; between 1987 and 1998, as president of Merchant Ivory Productions, he brought films like Howards End and Remains of the Day to the screen. (Though as he notes, he’s been making docs that are “far afield,” for years, including Jodorowsky’s Dune and the four-hour Andy Warhol). It was during his time at Merchant Ivory that he befriended Emma Thompson, who promised she would write him a screenplay one day. That was the exquisite Effie Gray, a biopic of Victorian proto-feminist Euphemia Gray, who wed the painter John Ruskin as a teen, then escaped what turned out to be a horrible, stultifying union. When Effie Gray premiered in 2015 (it showed at SLIFF that year) it was 10 steps ahead of the collective; in 2017, in the wake of Wonder Woman and #metoo, it’s easy to forget how historically tough it is to make movies with strong female protagonists.

“No one wanted to make it,” Rosenfeld says. Despite the challenge of movie-industry sexism—and the multiple frivolous lawsuits the production weathered—the film was released to critical acclaim.”

CRADLE OF CHAMPIONS has aired on Showtime, and now id available on Showtime “On Demand.” 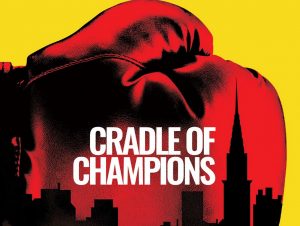 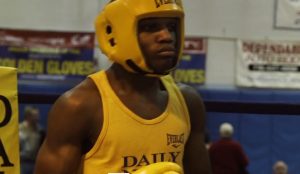 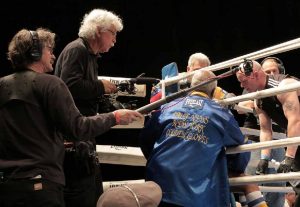